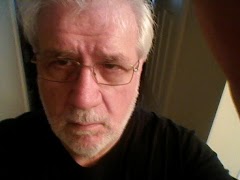 Clifford is described as an OpenStreetMap Supper Mapper. He started contributing to OSM in May 2011. Hosts OpenStreetMap-Central-Salish-Sea Meetup Group located in Mount Vernon, WA. He help organize the 2016 State of the Map US in Seattle. His prior endeavors include glassblowing, managing an art center facility and telecom management.

Clifford Snow is a volunteer contributor to OpenStreetMap based in Washington State. Living in a small town just north of Seattle, Clifford has discovered the fun of mapping rural America. Most mappers live in map in large urban areas. Rural mapping is different and not just because you need to travel many miles to find the next POI, but because there isn’t another mapper near by to discuss mapping at a local coffee shop.

Clifford lead a team that held OpenStreetMap’s 10th Anniversary celebration in Seattle. The event included talks on mapping, georectification and a demo of aerial photography from a kit. He also was an organizer for the 2016 State of the Map US held in Seattle.